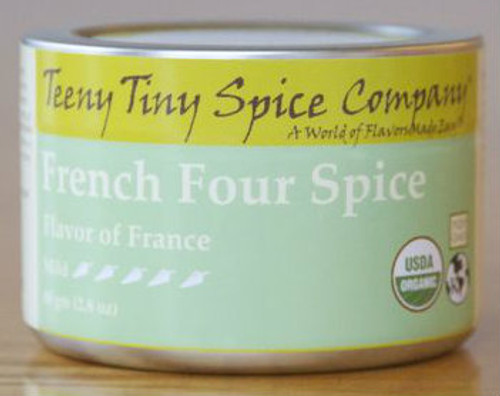 French Four Spice (Quatre Épices) is a very ancient blend of spices traditionally used to season charcuterie and terrines.  It has been adapted to use in cuisines throughout areas of French influence such as North Africa, the Eastern Mediterranean and Southeast Asia.  In addition to its use in savory dishes, French Four Spice can be an exotic addition to sweet dishes.  Originally containing pepper, clove, nutmeg and ginger, many versions of French Four Spice add excitement by including even more spices.